The seminary hosted 20 seminarians who participated in a 7-week formation program that emphasized the Eucharistic dimensions and foundations of pastoral, priestly ministry in the life of the Church. The program began with an 8-day silent retreat led by Father Luke Buckles, OP. Father Wehner led a 3-week program in which seminarians engaged theological reflection on documents written by Pope John Paul II, Pope Benedict XYI, and Pope Francis on the Eucharist and pastoral ministry. The seminarians had parish assignments in the mornings and participated in afternoon theological reflection. The final three weeks involve person-to-person ministry in the French Quarter and homeless ministry. The program will also highlight the sin of racism with a trip to Memphis to visit the civil rights museum as well as visiting the Whitney Plantation outside of New Orleans. 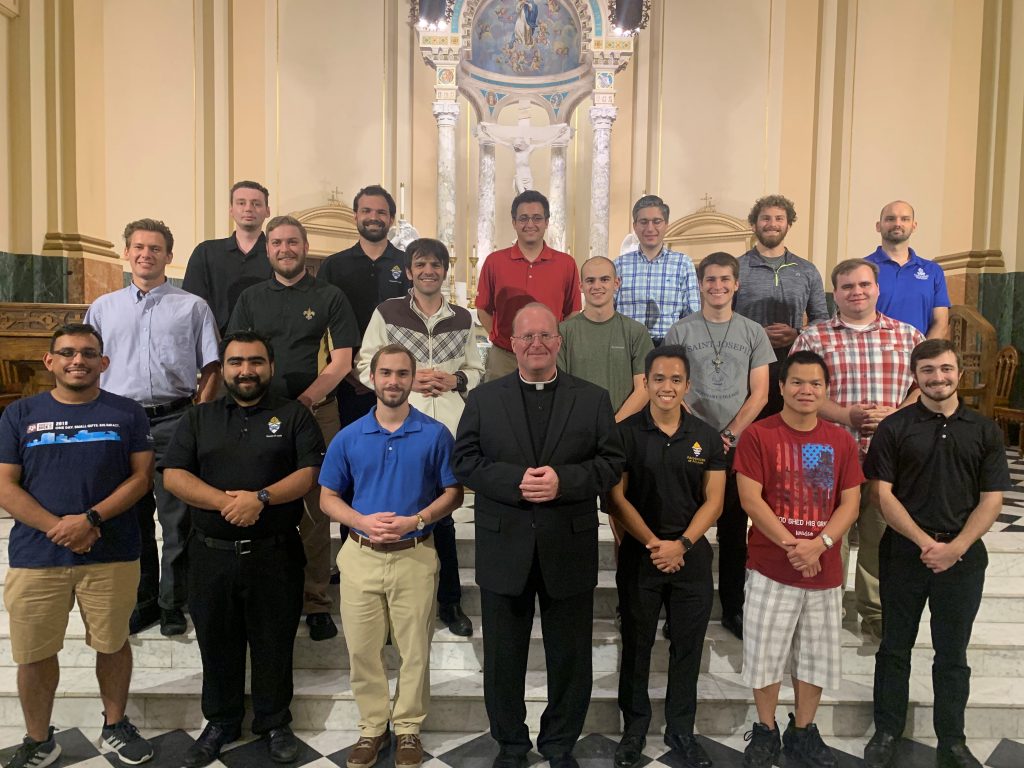