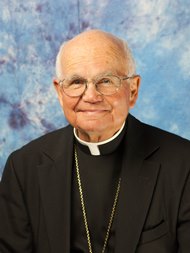 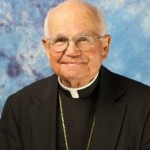 Archbishop Hughes was ordained priest for the Archdiocese of Boston in 1957. After serving in two parishes, he secured a doctorate in Spiritual Theology at the Pontifical Gregorian University, Rome. He then served sequentially as professor, spiritual director and rector of St John’s Seminary, Boston. Pope John Paul II appointed him Auxiliary Bishop of Boston in 1981; Bishop of Baton Rouge in 1993; Archbishop of New Orleans in 2002. Since retirement in 2009, Archbishop Hughes has served as Adjunct Professor and Adjunct Spiritual Director in residence. He has published four books and numerous articles and talks.