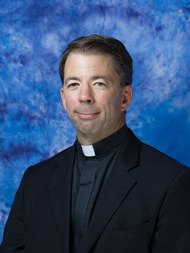 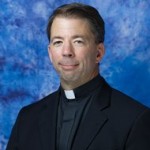 Prior to entering the seminary, Father Joe had a successful but short career in business and completed work on an undergraduate and graduate degree in Business Administration. After completing his M.Div., at Notre Dame Seminary in 2002, Father Joe served for five years as a Parochial Vicar at Saint Clement of Rome Church in Metairie, Louisiana. In 2005, Father Joe completed a two-year program through the Archdiocesan Spirituality Center to become a Spiritual Director. Father Joe joined the full-time faculty of Notre Dame Seminary in 2007 as Director of Human Formation and became the Director of Pastoral Formation and Pastoral Field Education in 2010. Father Joe completed his Doctorate in Ministry Degree with a concentration in Pastoral Ministry in 2018. Father Joe speaks Spanish and teaches courses in Pastoral and Hispanic Ministry. Father Joe enjoys leading mission trips each year to Central America. He also enjoys giving Lenten Missions, parish presentations on evangelization and discipleship and preaching and teaching at retreats.