In 2009 Pope Benedict XVI promulgated Anglicanorum Coetibus, creating Ordinariates (canonically equivalent to a diocese) for Anglican/Episcopal parishes that wished to become Catholic. These parishes were allowed to retain elements of their liturgical traditions in a missal now called Divine Worship: The Missal. This missal’s sources include the Roman Missal, the Sarum Use, and the Anglican/Episcopal Book of Common Prayer.

The Sarum Use was the form of the Mass celebrated in the English church prior to the Reformation and this is the source of this votive mass. It’s celebration at Notre Dame Seminary is part of the recovery of a spiritual treasure that has been lost for so long, though beloved by so many. 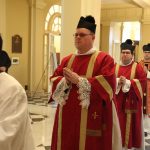 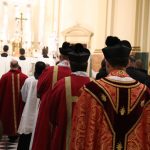 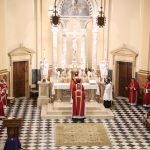 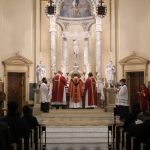 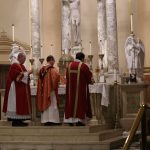 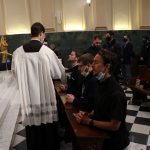 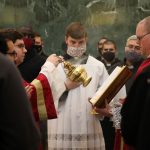